Still undecided where I want to go with this blog. It has been in mothballs for a while and whilst there are times I REALLY REALLY miss blogging, my life is so hectic, I rarely have time. Hell, I am struggling to find time to knock over my last few assignments to get my Diploma in Rail management. (Only 3 to go and two assignments. Should just sit down and get on with it)

April saw me and Heath have family from the UK visiting. I had taken time off work to spend time with her and my son but things never quite work out as designed. SOOOO we made other arrangements. Heath had a surprise week off and hence wanted to be with his kids (To be expected :) )
Sunday All of his kids came up for a dinner to see their grandmother for a lunch which is a change. (A good one) Still very awkward but least the other half had a good time with them .
The next day, we took Sandra down to Wollongong so she could spend time with the girls whilst heath and I went rock climbing with Callum. Then icecream!! Winning.

Tuesday was spent with two of Heath's kids walking the whole mermaid pools walk. Even the dog came. I had to keep him on the lead as there were a few other walkers around, but once we headed down into the canyon, past the Mermaid pools, we were alone and able to let the dog go free.
He gets lost easily now and latches on to other walkers to rescue him. Doofus. 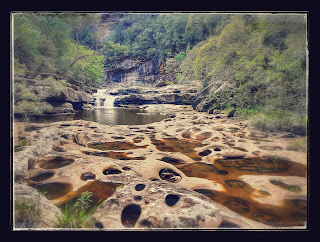 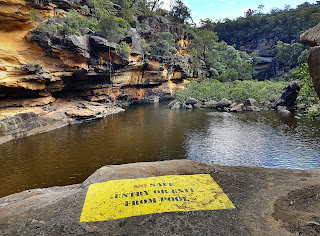 Wednesday was physio. My shoulder was getting progressively worse over the past few months so, when a new physio opened in Picton, I started with is and he has reduced my pain a lot. I got a lecture for rock climbing (As I has slipped, wrenching my shoulder) but he was happy otherwise that I have the strength for pulling myself up. :)
It was raining so I did a quick urban walk in CBT whilst Heath and Sandra headed to the coast. Was nice to have an arvo to myself.
Thursday we headed to Jenolan Caves as the kids were busy for the next week. We were lucky to get rooms as this was a public holiday weekend.

We had to leave early from the cave area due to it being Good Friday and the road out closes from 1145hrs to 1300hrs. From memory to permit buses to negotiate the bends. This weekend was so refreshing. I felt revived just being away from Sydney.

Home on the friday to wash everything and get ready to drive to Dubbo via the Wellington caves. Going via Fabian's place added an hour to the drive. We stopped at Warragamba dam for a break. The weather was stunning! 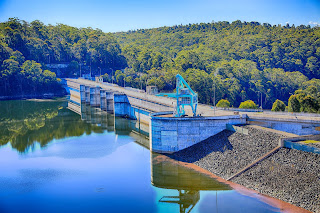 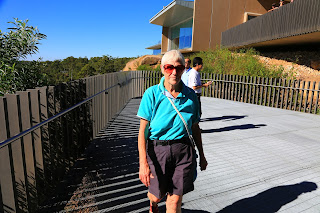 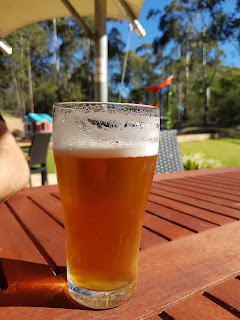 The Easter weekend was in Dubbo. Travelling from or into Sydney from any direction on the holidays is a nightmare. For such a large city there are only 4 roads out. 1 to the North, 1 South and 2 to the west but its really one as they join up at Mt Victoria.  Heading along the South Coast there is one road so getting anywhere by car is a total nightmare.