The day diving was tough

It happened to be cold today. Usually by 9am its warmed up so Fabian and I had arranmged to be up at (ugh) 0730 and off to Abyss for diving at Lillipilli. The coast has a weather warning for high swell and seas and Lilli pilli is a protected water so I felt confident it would be ok . Besides who doesn't love sea horses.

We arrived at Ramsgate, the wind had picked up. UGH It was cold, even colder than in Picton. It was 16 when we left and 13 when we got to the coast. BRRR.
Tanks loaded we headed for the baths at Lilli pilli. I got lost as they were easy to find.. LOL. Thanks to Google earth for satellite imagery, I found the place I wanted.

Took us ages to suit up. Several things were against us. Fabian is too skinny for H's BCD so he had to change to mine, he was shivering and only had his 3mm wet suit. Poor kid. My weights dodm't fit into H's BCD so I had to put them into the pockets. Should have noticed these signs.. 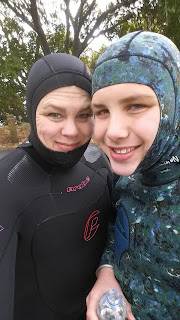 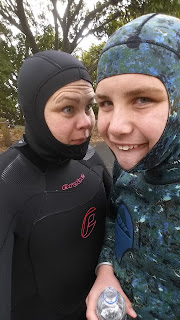 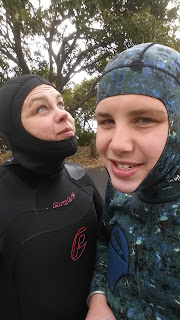 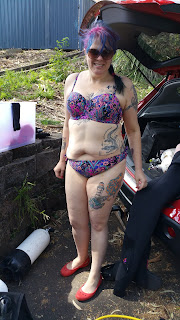 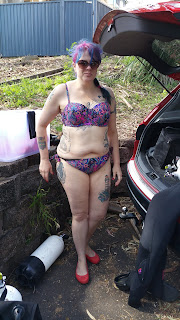 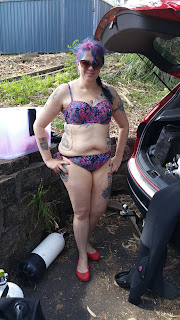 Soldiering on, we plunged in and Fabian promptly got horribly tangled in the PMB. Great Too 15 mins to untangle him. We set the flag up and headed down. My plan was to 8m but we couldn't see 1m in front of us. The flag vanished from sight. HMMMMM
Torches on, I could barely make out Fabian's torch in the gloom. We were blown with the current off course and even though we started a few metres from the net, we couldn't find it. I surfaced to get my bearings and found we had drifted to the middle of the lagoon. No wonder it was freezing.. Fabian was blue. His lips were blue. Heading in to shore again, the sun vanished and the gloom got dark. Very very dark... Hmm I don't think I would enjoy night diving but I would go with H if he really wanted to go. Not comfortable...

We hiked back to the car to have lunch. Other divers were arriving.. Even tech divers were setting up.  That really shows how crap the coast was. To have tech divers in the proteted dive spot. I had lost our flag/pmb and my compass. Lilli pilli stealing curse was in force.  As all the divers passed us by I requested that they look for my compass and PMB.  I now have 5 groups of divers looking for my stuff. I really didn't hold out hope..

Dive 2. Took some encouraging to get Fabian back into the water. This time we decended right nect to the net. I followed the net along with Fabian in tow. The visibilty had improved to 3m.  First up was a huge puffer fish. YAYl Looking up already. Down the front of the net, I found my first sea horse. Pointing excitiedly to Fabian with my torch. Farther along more sea horses  and another puffer fish. Several leather jackets  and a few star fish. Just got to the end of the net and were turnung around for a second net run went Fabian suddenly disappeared!!!! He was dragged up!!

Some workman had used a pole to fish him out of the water. Some angry words were said and I ended it with a rude signal and a dive with Fabian along with me,. Thjis ruined the dive and so we headed for shore.

Seriously who fishes a diver out of the water???? Luckily we had been only at 4m and so no rush to Fabian from decompression and no damage to the teenager or the equipment so, by the time I got to shore I was laughing uncontrolably. Poor Fabian had no idea and originally thought a fish was attacking him.

Fabian and I were sooooooo cold. Packing up was done shivering and I got dressed so fast ! BRRRRRR 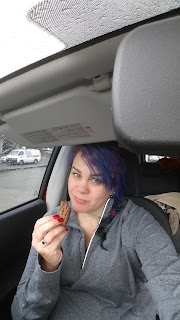 Home to washing stuff and a hot hot shower. !! 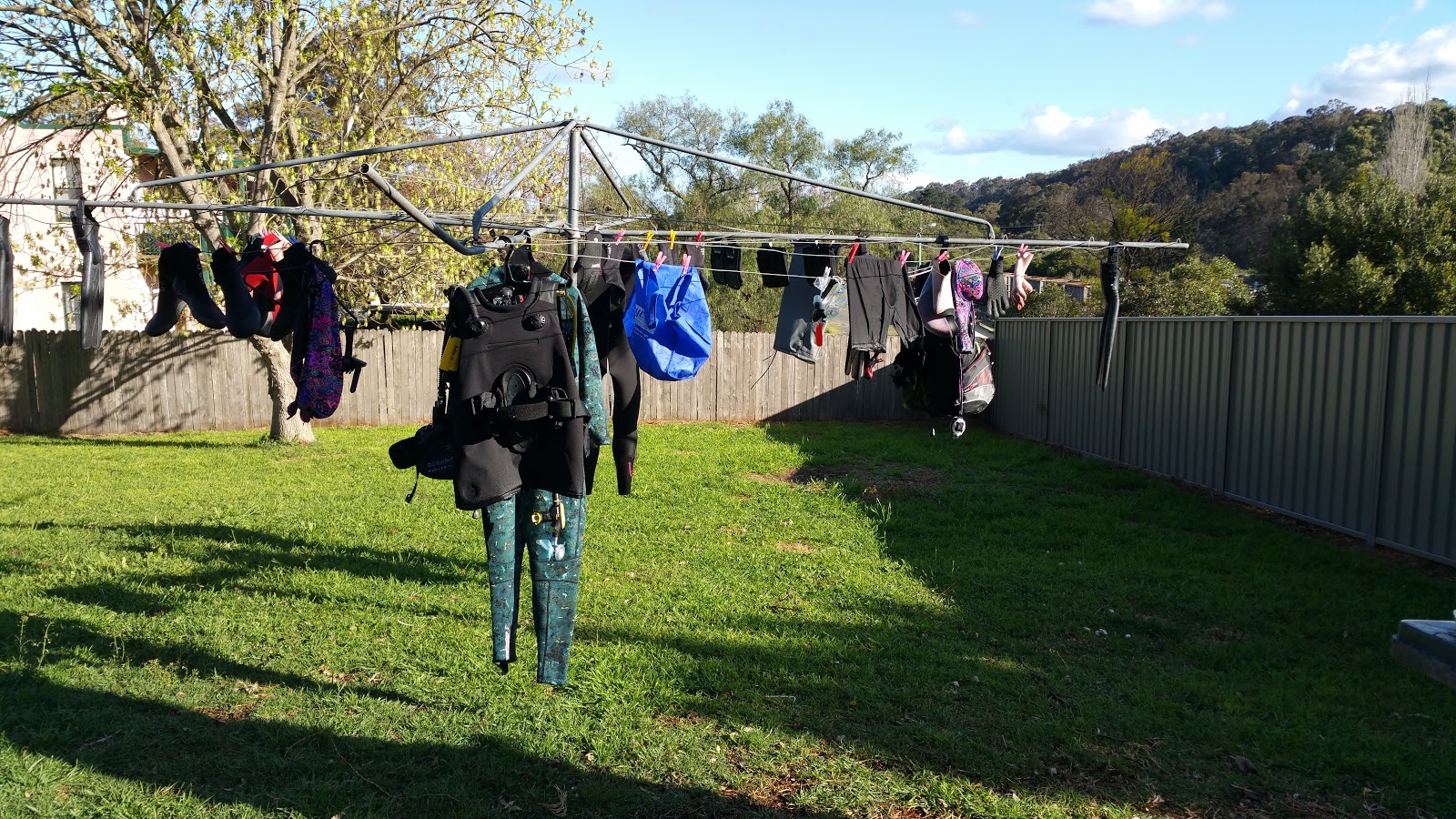