From Wellington caves it was a short hop to Dubbo. The hotel was easy to find and we happily settled in. Aside from the bullying tactics to make us stay a second night, the pub has a wonderful bistro and the bar staff are quite nice. One lady wouldn't let Fabian sit in the bar more an 8 m from the bar but that is one person.

The bed was comfy  but as I was bunking with Sandra, we had two single beds and I kept falling out of mine. LOL. I was excited to get to the zoo. Trouble is, this pub didn't serve breakfast so we had to hunt the town for something open. Sandra, Fabian and I had done a walking reconnaissance mission the night before so that was covered. We woke up to a small fete in the street which had Fabian and Sandra shopping. :) Sandra discovered Emu oil and is a new convert. Fabian has a thing for statues so he nabbed one.

The zoo was busy but we were lucky to get a park close to the ticket office. All the experiences were sold out but that was fine. We were going to walk so were happy to not have any time restrictions. 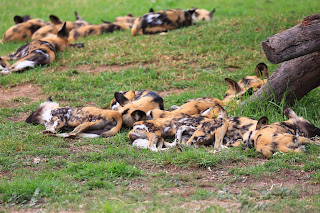 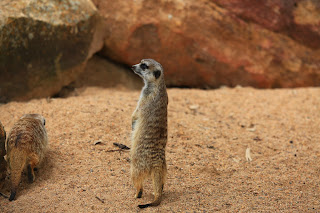 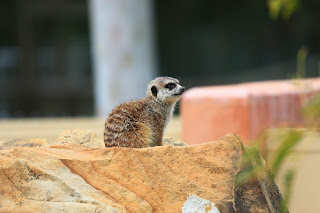 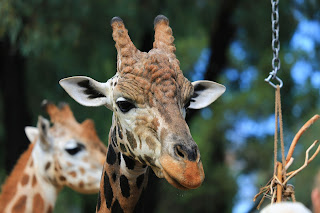 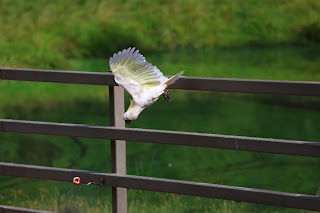 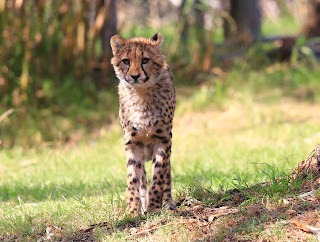 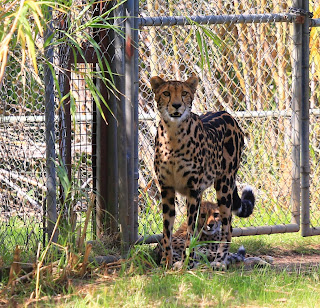 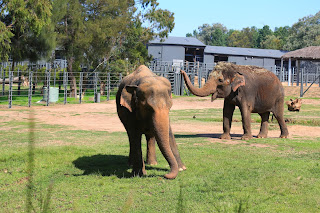 Who doesn't like Meerkats? :) Mama leopard would not leave the gate but at least she faced me. The rest of the big cats were sleeping and ALL of them facing the fence :( Ah well. Never work with animals.

23561 steps! :) 17.6km by the time we got to bed. Dinner was disappointing as EVERYTHING in Dubbo was closed but bloody chinese. Sigh. We hoping for a pub meal but we found the pub had closed at 8pm. Damn. :( The late afternoon was spend being mellow and the boy and Sandra had headed off leaving me and Heath in peace. We had some beers at the pub, Sandra had gone to see the Gaol and Fabian wanted the book store. He had found that the store had advertised closing at 1600hrs but when he returned just after 1530hrs it had shut for the day. BOOOOOOO.
We headed off very early the next day to beat the peak traffic home Eastern Monday. As it was, there was congestion at Mt Victoria due to the roadworks there but other than that, its was a good run. Mudgee was where we had stopped for brekkie.
Thus ended Heath's week off and Fabian's time with us. We were unable to schedule sky diving which left the boys disappointed but we just didn't have any days left!
Labels: Animals australia Dubbo zoo NSW travel road trip targonga zoo travel NSW western plains zoo